Opposition and Sister Squares are Reconciled Sculptures in Progress

Here are some new sculptures that I’ve been working on called Opposition and Sister Squares are Reconciled. The series is based on the isometric drawing series that I made for A Theory of Forms and Ideas; I isolated sections of the original drawings and imagined them as if their perspective was reversed so instead of representing positive space they would be representing negative space. I was originally thinking about making them out of black construction paper but decided to use 1/8″ bass wood instead. They will eventually be spray painted black like the A Theory of Forms and Ideas Sculptures. It’s a bit too cold out right now to be spray painting so I may not get around to doing it for a while. The impetus for working on this series was  so that I could apply for the NYFA grant again this year in February but I need a variety of sculptures that are the same yet different. You’re supposed to send in 8 slides so I figured I could show 2 slides from each series; I still need to come up with a fourth series that is similar yet different.

The grid that these are sitting on is a new pixel painting that I’m going to start working on. 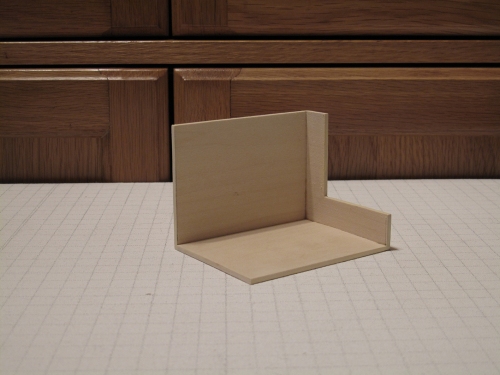