I watched the Pruitt-Igoe Myth the other day. It’s a documentary about a housing complex built in the early 1950’s for low income African American families in St. Louis, Missouri. It was designed by architect Minoru Yamasaki who would later design the World Trade Center. The complex consisted of 33 buildings, each 11 stories high on 57 acres of land .  Due to years of neglect, improper funding and eventually crime, it was knocked down in the early 1970’s and the land has remained empty ever since. The project has become an icon of urban renewal and public-policy planning failure.

One of the interesting things that I learned was that they were originally going to build two segregated areas, one for African Americans  and one for whites. Another interesting thing was that, at least during the early years, young African American men were not allowed to live in the complex so the community was made up of mostly woman and children. They also weren’t allowed to have television during the early years.

Here are some photos. 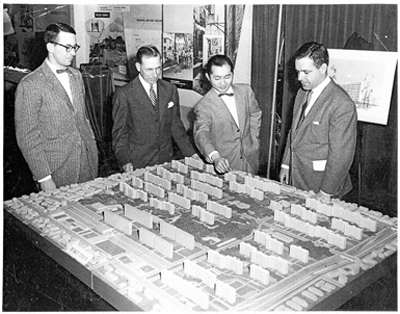 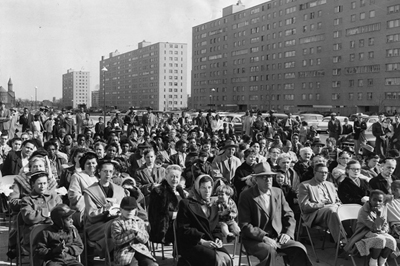 Filed under Other Artists