I’ve been working on a series of 6 panel drawings/paintings for the past couple of weeks. The panels are all 18″x18″ and are made with black chalkboard paint and white charcoal. Its called Stars are the Diamonds of the Poor, which was taken from W. Somerset Maugham’s Of Human Bondage. The subject matter is the universe, a subject that I’ve dealt with in the past. The first time was for part of a series called Ten Great Paintings About Ten Great Philosophies which is sort of a tongue in cheek approach to art making. The paintings were all meant to be metaphors for different philosophies of life, not in any concrete way, but as loose interpretations based on images that I wanted to paint. The title always seemed a little too pretentious to me and I hesitate to use it, but it was a context that I needed to tie these pieces together. I like the idea of painting something as mundane as a blowfish but then recontextualizing it and giving it meaning outside of its ordinary confines. In order to further elaborate on the absurdity of such a context, I decided to never make all 10 of the paintings, rendering the claims of the title obsolete. An inside joke I guess. I’ve also pulled pieces in and out over the years, giving them different titles and different contextual situations but then returning them to the series later on. I started the series back in 2003 and occasionally add a new painting to the series. Im up to 7 right now. The Hawk and The Tower are relatively large pieces compared to the rest of the work in the series and are 78″x48″. At this time I was using the Golden Mean to determine my canvas sizes and I also think that these pieces were the first ones where I stretched canvas over panels. Below are some of the photos from the series. The titles include The Puffer Fish, The Dictator, The Hawk, The Tower, The Universe, The Chinese Finger Trap and The Rollercoaster. 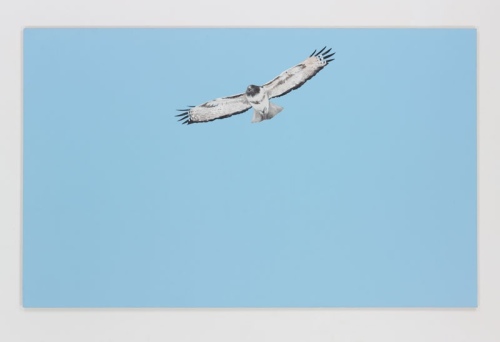 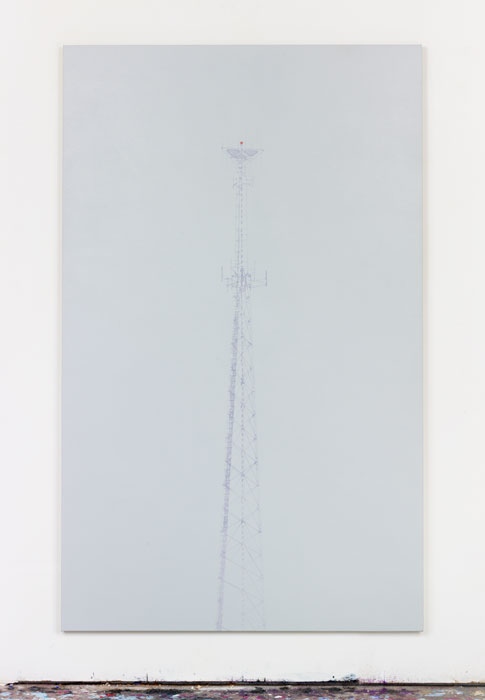 All are oil on canvas except The Tower which was rolled with acrylic latex for the background and drawn with marker and then rolled over again with diluted acrylic latex in order to make it look like fog; The Hawk which has an acrylic latex background; The Universe which was made with glossy black spray paint on a homemade panel with flecks of glossy white enamel for stars; The Rollercoaster which was black tempera on museum board. The Universe panel eventually warped and then I scratched it to the point of being unrepairable. I like the idea of pieces being destroyed as an annotation to the title, especially for The Universe. Later I made a drawing of the universe while on vacation in Cape Cod. I had originally wanted to draw directly from the sky but it is an impossible task. The stars will not stay in focus long enough to make any concrete observations. I decided to make it up and every night I would draw by the light of a kerosine lamp for a couple of hours. 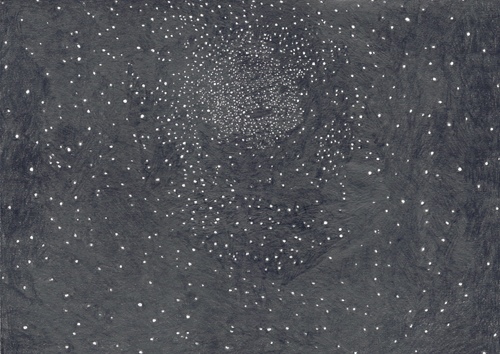 Filed under Drawing/Works on Paper, Painting